I’m going to make these posts a bimonthly feature. They’ll go up every other Sunday, to fit with CIB Sunday on Twitter. CIB stands for complete-in-box, and it’s commonly used to describe video games. If a game includes the cartridge, case, instruction booklet, and everything else it originally came with, it is considered to be CIB.

In this installment of the popular survival horror Silent Hill video game series, Alex Shepherd, a soldier returning from active duty, comes back to his hometown only to find it in complete disarray. A handful of residents are missing, including Alex’s little brother, and the streets are desolate, filled with strange, horrific creatures. As Alex searches for his brother, he uncovers the dark secrets his hometown has been holding for years and years.

Even if they haven’t played any games from it, most people have at least heard of the Silent Hill series. At this point, it’s become deeply ingrained in video game history and the video game industry as a whole. To this day, the series is a benchmark for survival horror games and is still inspiring the development of new ones. And many people know to associate a bleak, foggy day with Silent Hill, as that environment is present in almost every single game.

My first foray with Silent Hill was through its sixth game, Silent Hill: Homecoming. Even though I’d heard a lot about the series, I didn’t really know what to expect from Homecoming. It ended up being a terrifying, engrossing, and enjoyable experience for me. It gets a bad rap from some fans, but I’m glad Homecoming was my introduction to the series.

I’ve since played Silent Hill: Downpour and the classic Silent Hill 2, as well. Each game has aspects that set it apart from the rest of the series. So, what’s noteworthy about this particular title? Well, Homecoming has many things going for it, including atmosphere, effective combat, an interesting story, and some very cool boss battles.

Most Silent Hill games are very good at creating and maintaining a dark, eerie atmosphere; Homecoming is no exception. The streets are crumbling away, shrouded in dense fog. Horrific abominations prowl the roads for new victims, their cries ringing throughout the deserted town. At almost every turn, you hear unnatural breathing and growls coming from obscured corners. These aspects blend to create an atmosphere that incites fear, anxiety, and the sensation of never quite being safe.

I remember my heart pounding the entire time I played Homecoming. My hands started to sweat as I gripped the controller, and I was constantly on edge. As I mentioned before, I felt that I always had to be aware and alert of what was going on around me. I tried to do this and still ended up being scared again and again.

For me, one of the most anxiety-inducing encounters in the game is when you have to traverse through the Shepherd household’s basement. The downstairs floor is flooded with deep, murky water that makes it impossible to see what might be lurking underneath. In typical horror fashion, there are grotesque monsters lurking in the water, just waiting to pounce. I went through this area so slowly, afraid for the next time a monster would leap towards me.

With all the monsters prowling around, it makes sense that Homecoming has a combat system for dealing with them. It’s fairly simple, with just a few actions you can perform, like a light attack, heavy attack, and a block. The combat system doesn’t need to be complicated for Silent Hill, though, and it works quite well here. Like many Silent Hill games, you need to pick and choose your battles wisely. Sometimes it’s better to simply run away and avoid enemies.

If you do choose to fight, or are forced to, it’s always a harrowing experience. Each monster can very easily overwhelm and kill you, with most of them being significantly stronger than Alex. This means taking each battle seriously and using the controls the game gives you. To survive, you need to guard against enemy attacks and wait for a suitable opening for your own attacks. Otherwise, you’ll quickly head towards a ‘Game Over’ screen. The combat may be fairly simple, but it does its job well and leads to some truly harrowing fights.

Silent Hill is also well known for its dim, heavily psychological stories, and Homecoming is no different. Alex’s hometown, Shepherd’s Glen, has a very bleak and disturbing history behind it. In case you’re interested in playing this game, I don’t want to spoil too much. But, the story definitely has shocking twists, and you could argue that some human characters are more monstrous than the actual monsters. The story is horrifying, but I found myself wanting to uncover more of it as the game went on.

Finally, Homecoming has a variety of really cool, memorable boss battles. These monsters range from a giant, porcelain doll with lanky limbs, to a centipede-like creature made up of pairs of human arms and legs. The battle with Scarlet, the giant doll, was especially creepy and distressing for me. As you inflict more damage on Scarlet, the porcelain skin peels away to reveal bloody viscera underneath. Yeah, it’s definitely a disturbing encounter.

Another noteworthy part of enemy design in Silent Hill games is that every monster has meaning behind it. None of the designs are just random or slapped together. They were all created with theme and symbolism in mind. For example, Scarlet is meant to represent a doll that belonged to a girl who died under mysterious circumstances and has ties to the story. The odd, uneven formation of Scarlet’s joints suggests what may have happened to the girl. These designs are often very dismal in their symbolism, but they do add extra layers to the story and its meaning.

Silent Hill: Homecoming is a unique, engrossing gaming experience for several different reasons. Namely, its eerie atmosphere, effective combat mechanics, fascinating story, and thoughtful enemy design contribute to this. I’m glad that Homecoming was my first experience with the Silent Hill series. It was a good starting point for me and piqued my interest in the other games. So, if you haven’t played it yet, Homecoming is certainly a worthwhile experience. I’d highly recommend it if you’re a fan of survival horror.

I may earn a small commission from purchases made through links in this post, as part of the Amazon Affiliates program. Your purchase helps to support my blog and I.

Hi! I'm Haley Scully, an introvert who loves all things creative and nerdy; I love writing about those topics, too! Whether it's animals, video games, or poetry, I want to share my passions with the world. View all posts by Haley Scully

Search on This Blog

Hi! I'm Haley Scully, an introvert who loves all things creative and nerdy; I love writing about those topics, too! Whether it's animals, video games, or poetry, I want to share my passions with the world.

Check Out My Top Posts & Pages 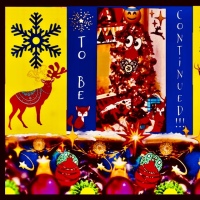 I receive and request books for review from platforms like NetGalley and Edelweiss+, and sometimes, from individual authors. However, all opinions and thoughts expressed in these reviews are honest and unbiased.

I also include affiliate links on this site (Amazon). If used to make a purchase, these links provide me with a small commission.

Horror, action and exploitation movies that aren't really awful at all.

The Furred & Frond Management in charge of RJ Blain

About God, Faith, Family and Friends

Happiness is easy to achieve